When you become a parent, all you want to do is make sure your baby is okay. However, a new “trend” is popping up in the oral health world that has some experts concerned.

The issue at hand is lip and tongue ties in babies, some as young as a few weeks old and the way it’s being done.

Holding up a bright-colored toy, Just Kids Pediatric Dentist, Heidi Ostby tries to get a smile out of 13-month-old Izrahiah. He became one of her patients after a tongue tie procedure left him with a pretty deep cut. Lip and tongue tie surgeries are not uncommon, but the way they’re being done and in Izrahiah’s case, Dr. Ostby is concerned that other parents will end up in her office just as his mom, Chelsea Toma did.

“I thought I knew what was going to happen and that’s not at all what I expected,” said Toma.

Within days of giving birth, Chelsea said Izrahiah was not latching.

“We saw a few lactation consultants and everything was fine, but it just he would get mad and frustrated and wouldn’t stay,” she said.

So, she decided to take her son to see a local dentist, but what happened next was something Toma said she wasn’t prepared for.

“He has a laser and he cuts from end to end and half an inch deep and I’m not exaggerating this. My mentality was, it’s a snip, I’ve never heard of the other way,” said Toma referencing the laser procedure performed to fix her son’s tongue tie.

“The issue that I’m battling now is that it’s a new trend to cut or laser all of these “tight attachments,” said Dr. Ostby.

While in some cases a snip is warranted, Dr. Ostby said the procedure is simple and not invasive.

“I just do a quick little release, the baby doesn’t need to be numb, it’s not painful, it doesn’t bleed and then instantly I put the baby on mom and she nurses,” said Dr. Ostby.

“Mothers and new parents are a very vulnerable group and so you just want your baby to do well and a lot of the time you just trust what people are telling you to do for your baby without questioning you know maybe more than you should,” said Dr. Magill.

It’s recommended parents should consult with a team of specialists that are board-certified like a Pediatric Dentist, Lactation Consultant, and Pediatrician before jumping to any conclusions.

“I think a well trained professional can use either tool and have great outcomes, but it really, the fundamental decision is should this be done for your baby and will this really help the problem you’re struggling with,” added Dr. Magill.

Dr. Magill also said guidelines are being generated for lip and tongue tie procedures to help doctors like herself address the concerns to make it more standardized. 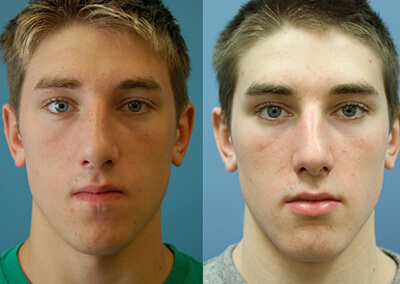